Sometimes we do hard things. 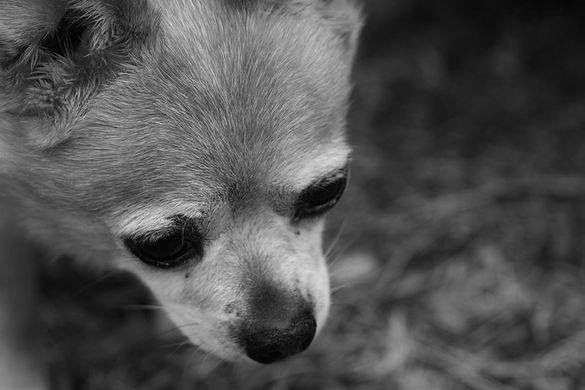 Sometimes we are called to do hard things. Really hard.

I recently attended one of the saddest cases I've dealt with. I had to remove a dying dog from a dying man. As simple as that.

Mr H, elderly, frail, alone and facing terminal illness, has stubbornly refused to leave his home of many years, in spite of attempts from distant family and neighbours to get him to do so. He is refusing the medical care he needs to continue this life. He has lost his will.

A relative contacted me out of concern for his very old, frail, terminally ill little companion pet stating on the phone that, "it's cruel to keep this dog alive".

Without funding, the owner was unable to seek veterinary attention. As part of our allocation to social welfare cases, we agreed to attend.

We had not had the opportunity to connect and build a relationship and I found this gentleman, who was European by heritage, to be distant, gruff and reluctant. Clearly he was not one to show emotion. Clearly he was struggling big time with my visit.

I took my time, and attempted to deal with the situation with compassion, care and concern. The poor old cherished pet was in a very bad way and euthanasia on humane grounds was definitely the only choice.

So, as gently as I could, I gathered her up for her last cuddle with her human, and they said goodbye. He did not want to see her go, so I wrapped her and took her with me.

Before I left I checked in with a concerned neighbour to ensure this gentleman received follow up support. I also called his concerned relative.

Driving home I balled my eyes out because sometimes this is what we need to do.

Once home I realised this little dog was really scared. She was in a bad way. So I wrapped her up in a special blanket, sat down in a comfy chair, and held her close. I held her for long enough for my love to infuse her, and for her to feel safe, even for a moment.

Then it was time to assist her on her journey to the other side. This was done with pure love, pain-free, peacefully and surrounded by the comfort and warmth of kindness.

RIP little girl. I think of your human often. I suspect you are both together again by now.